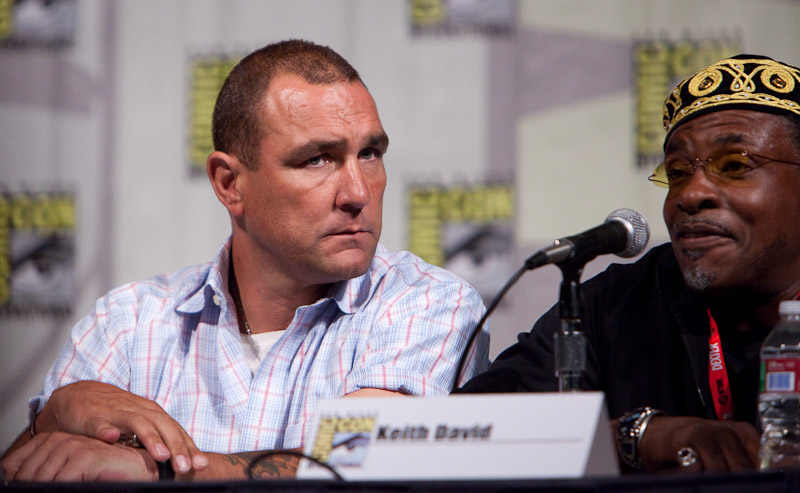 With a relatively short career span, most athletes are forced to consider their “second act,” migrating to a new career, sometimes in a very different sector. With most professional athletes retiring from sport before middle age, they still have decades left to either earn more money, or do something worthwhile with the wealth they have accrued.

In this article, we look at the inspiring stories of three professional athletes throughout sports history who embarked on new careers after retirement.

As a former soccer player in Britain, Vinnie Jones was an unquestionably talented sportsman. His “tough guy” image struck fear into his opponents, with anyone brave enough to venture into his midfield territory hacked to the ground by his ferocious tackles. At 6-foot-1, Jones dominated the game.

Vinnie Jones retired from professional football in 1999 at the age of 34. Embracing his persona of toughness, he ventured into the world of acting, landing numerous roles, acting opposite the likes of Jason Statham, Robert De Niro, Christopher Walken, Nicholas Cage, Angelina Jolie, and Arnold Schwarzenegger. He appeared in several Hollywood blockbusters, including: Lock, Stock and Two Smoking Barrels; Snatch; Gone in 60 Seconds; She’s the Man; and Swordfish.

To date, Vinnie Jones has appeared in more than 70 films, as well as several advertising campaigns, and has taken part in various TV shows. Jones has played a variety of roles, which include appearing in the musical comedy show, Galavant.

In her first career, Mary Carillo was a star tennis player. In 1977, she and John McEnroe, a childhood friend, won the French Open for mixed doubles. In the same year, she reached the US Open women’s doubles quarterfinals, as well as becoming a Wimbledon quarterfinalist. Carillo retired from professional tennis in March 1980 due to a knee injury.

Drawing on her considerable experience in the sport, Mary Carillo became a sports journalist, regularly covering major events like the US Open, Wimbledon, and the Olympics.

Sports Illustrated once referred to Mary Carillo as tennis’ top analyst. In her esteemed career as a journalist, Carillo won a Sports Emmy Award, as well as two Peabody Awards, one for co-writing a documentary about Billie Jean King and the other for co-writing Dare to Compete: The Struggle of Women in Sport documentary for HBO.

Born in Sudan in 1962, the late Manute Bol was discovered in his home country by coach Don Feeley of Farleigh Dickinson University, New Jersey, when he visited Sudan in 1982.

Bol started his career in professional sports playing for the Rhode Island Gulls. At 7-foot-7-inches, Manute Bol went on to play for the Washington Bullets, Philadelphia 76ers, Miami Heat, and the Golden State Warriors. Manute Bol was one of the NBA’s all-time most talented blockers.

Manute Bol was a devout Christian. He was offered the position of Minister of Sport by the Sudanese government, but had to turn it down. Sudan is a Muslim nation. In order to accept the role, Bol would have had to convert to Islam.

Bol established the Ring True Foundation, an organization supporting Christian refugees in Sudan. He gave away most of the wealth he accumulated during his 10-year NBA career—estimated at $3.5 million—to the foundation. He also conducted multiple publicity stunts to raise money for the cause.

Bol Manute died of kidney failure on June 19, 2010, at the age of 47. At his memorial service, the vice president of the National Basketball Players Association, Rory Sparrow, described him as a giant off the court, too, highlighting the fact that Manute Bol should be remembered equally for his humanitarian work, as well as his athletic success.

At the service, US Senator Sam Brownback also paid tribute to Manute Bol, pointing out that as a professional basketballer, he could have simply stayed in the US and enjoyed an easy life. Instead, Bol gave his life for his people, visiting Sudan when he was already ill, and staying longer than he should have. Senator Brownback said that he had never seen anyone use their celebrity status more, or give more of their life to a group of people, than Manute Bol.